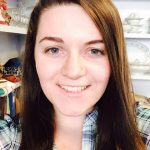 “Hep hep,” my lips utter, “crack!” my head abruptly turns to the left. I look around making sure no one saw. Rubbing the perpetually sore muscles in my neck, I return to my work, writing as much as I can before the next interruption. This little creature is always active. He controls me, deciding every turn of the head and twitch of the hand. I could try to resist, I do try, but one way or another he always seems to win. It’s an ongoing battle, I carry him with me everyday. He is my own “constant companion”, He is Tourette Syndrome.

When I first started to become aware of my tics I was extremely self conscious and I was constantly  afraid of what people would think. I spent all my energy throughout the day trying so hard to hold my tics back that by the time I got home they would be in overdrive. I felt like a freak and I was ashamed to be different. I remember one day I was particularly stressed after a long day and my tics were at there worse.My head was turning to the side in one jerky motion over and over again to the point where I felt like I had pulled every muscle in my neck. Just when I thought it had taken a break I threw my head to the side one last time with such force that it sent my glasses flying off my face, into the wall, and landing in two pieces on the floor. I was so angry at myself, I completely broke down.

Once I was done throwing myself a pitty party I realized that the more ashamed I was of my tics and the more I kept it a secret, the worse it got. I was tired of feeling alone and I decided to join a “Tourette Syndrome Support group” online to begin reaching out to people who were dealing with similar issues. I met so many amazing people who were just like me, and people who were dealing with so much more on a day to day basis yet were able to just embrace it and be proud of who they were. I have learned to be open about my disorder and have become so much more comfortable ticing in public. Afterall how could I raise awareness for something I was keeping a secret. Tourettes has now changed my whole outlook on life, not only am I more comfortable with my tics but I am more comfortable with myself. I have learned not to care what people think of me, sometimes I will get stared at, or a stranger will make a rude comment but I don’t let it get to me. Tourette syndrome has taught me that, no one is going to accept you until you have learned to accept yourself. And that has made all the difference.