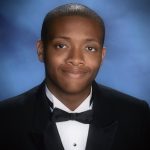 My Tourette’s and my tics are a force of their own; they come and go as they please. On some days, my tics could be far and few between or not happen at all, and on other days, my tics can be a living nightmare. Even though I try not to acknowledge my tics, they do tend to take a toll on me physically at times and often annoy me. Sometimes they make me curse inside, and sometimes they make me cry outwardly. Tics bring with them, Obsessive Compulsive Disorder symptoms as well as depression, at times.

Many school days, I have asked my teachers to let me leave the room, while I try to calm myself from the over exertion of my tics. None the less, my tics do not bring me down. They may be uncontrollable, but they do not keep my spirits low in the slightest. In fact, I would say that my Tourette’s is what makes me want to try harder in life and push pass them to make myself into a better person. They make me want to work my hardest so that I can not only overcome them, but also scale even higher obstacles to reach my goals. Even though they are often a challenge, I live knowing that I have not used my condition as an excuse for giving up on myself and my infinite possibilities. I know the pain of Tourette’s, even if it is not as bad as others, and I am proud to be a light to those who have Tourette’s just like me. Hopefully, young people who are just getting diagnosed with tics will see that there are young adults who are fighting to live a normal life and winning.

When I was younger, there were no children in my school, who had been diagnosed with the condition. This left me feeling rather lonely and like an outsider with an illness that no one understood. When I started middle school, my mother and I told my 6th grade history teacher that I had Tourette’s and the look that came over his face, astounded me. He looked literally terrified at what he thought he would have to put up with that school year with me in his class and having Tourette’s. My mom tried to ease his fears by explaining what my symptoms usually were, and I decided from that day on to be the role model in our school system for him, other teachers, administrators, and my peers. I wanted them to see that a person with Tourette’s was not a bad person but a human being struggling to deal with a sickness just like a student with diabetes or heart issues. So, I want to stand as a spokesperson to make the world aware of this illness and to help eliminate the negative stigmas that usually define Tourette’s.