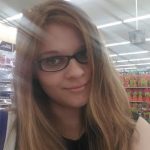 My eighth-grade year in school was when the state of the Tourette’s Syndrome went from mild to severe. I was constantly developing new tics and not making it through the school days. I felt extremely alone and like there was no hope. Students I thought were my friends ended up leaving me when I needed them most because they were unsure on how to react with the tics. I would leave class to go release tics and would end up punching my stomach, rolling around the floor, or making animal noises. During the year, the tics got so bad that I was told by the principal that I was not allowed to come back to school until I was able to get the Tourette’s under control. I was crushed and could not understand why/how the school could punish me for something I was born with. About a week later my mom told me that the high school I applied for denied me. They told her that they felt they were not able to offer me the accommodations they felt I needed because of the Tourette’s. The news crushed me, that was my dream high school and had been dreaming of going there since fifth-grade. I felt as if I was getting punished for how I was born and could not understand how a school to do this to me. What hurt the most was that they did not even bother to send me a letter to explaining it.

Towards the end of the school year I had accepted that I would be attending public school, starting a new experience, and be starting this adventure with no friends. At the beginning of the summer before my freshman year I realized I had to make a choice. I was either going to embrace the Tourette’s, educate those who know nothing about it, and not allow it to stop me from doing what I wanted in life, or I would let it control me and live in my room wishing I never had it. I have chosen to embrace it and am proud of the woman I have become today.