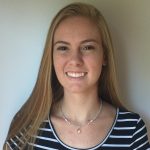 As a little girl, my mom telling me that I had this weird thing called Tourette’s Syndrome was hard to understand. However, It gave me some insight as to why I was different from my friends; why I constantly felt the urge to make strange noises and certain movements. Being diagnosed with Tourette’s was definitely difficult at first, but I’ve grown up a lot and learned to accept it for the most part.

My days used to be so stressful. I would sit in school all day trying to hold in my tics because I was afraid of what my classmates would say or the strange looks they would give me. I really never even noticed my motor tics until my mom asked me on our way to school on morning “why I kept jerking my head backwards like I ran into a wall.” I started being conscious about my verbal tics about a year later when my best friend asked me if I could “stop making those noises because they were kind of annoying.” In both situations all I remember was being frustrated because I had no idea how to explain that to them that it wasn’t on purpose.

Shortly after I was diagnosed, my neurologist me prescribed me a couple different medications until we found one that worked well for me. With the medication, I had little to no tics. However, middle school was a bit more stressful because I was having a 504 plan created for me which turned into a crazy process. The guidance counselor was constantly pulling me out of class and the fear that my friends would find out what it was for hung over my head every day. My closest friends in high school still don’t even know that I have Tourette’s; It’s just not something that I’ve been compelled to share with people.

Looking back now, I don’t know why it has been so important for me to keep my Tourette’s a secret from everyone in my life or why I was so embarrassed by it in the first place. Over the past couple years, I’ve come to realize that you don’t have control over a lot of the things in your life and it is best not to worry yourself over them. Tourette’s is just one of those things and it does not in any way define who I am as a person.