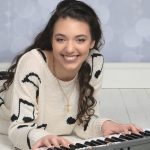 As a child, “self-control” was a phrase that drove a pit of dread into my stomach. It was commonly wielded against me in admonishments and reprimands. Lack of self-control was the very bane of my existence. I was constantly chided by classmates and teachers alike for my strange and unruly behavior, made to feel like a weirdo or brat with no incapable of restraining herself. My other neurological anomalies made relating to my peers an impossibility, and I was brutally bullied by others my age. It wasn’t until I was fourteen years old that I learned about Tourette Syndrome and that I had been living with it all my life.

Being diagnosed with Tourette’s, though treated as a life sentence by some, was a revelation for me. Finally I had an explanation for why’d I’d always felt so different, why I was such a “freak.” From there I was able to embrace, overcome, and be empowered by my disorder. To this day I’m fully confident in myself as a person with TS. Tourette’s Syndrome is a part of who I am and it’s not a part I’m ashamed of.

Since being diagnosed, I have had the privilege of joining the Tourette Association of America and becoming a Youth Ambassador where I and my fellows advocate for and spread awareness of TS. The 2016 Conference in Washington D.C. where I was trained and had the honor of meeting one of my heroes (Bradley Cohen) was hands-down the greatest experience of my life. For the first time, I was able to meet other people my age who understood me, who shared my sense of humor and my struggles. We were able to relate to each other in a way that we’d never been able to relate to anyone before. The week was nothing less than magical.

It’s surprising and concerning how few medical professionals are knowledgeable of or even aware of Tourette Syndrome, especially when considering that 1 in every 100 school-age children has some form of tic disorder. My own such experiences have motivated me to pursue medicine myself, specifically in the area of pediatric neurology. I aspire to further the research on Tourette Syndrome in order to spread awareness about the disorder among medical professionals and the general public alike. I hope to relate to my patients in a way others could not and to treat each one as a person rather than a case. I want to make a real difference in the lives of others: if I could save one child from the loneliness of growing up alienated from her peers, forever wondering what was wrong with her, that would make it all worth it