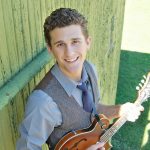 I have many Tourette’s stories, but this is the one that really sticks with me. When I was eight, I was at a church camp and every day we had a mandatory rest time. All kids my age hated it because no eight year old wants to be lying down in bed when you could be having a water balloon fight. But I hated it for a different reason. The camp counselors would actually use this designated time to nap and I happened to have a counselor in the bunk next to me. At that time my vocal tics were at their peak and one sounded like a gurgle mixed with inhaling air, and it was very noisy. That day during nap time I was ticking out pretty badly and the counselor told me to be quiet. I tried to tell him but he shushed me and told me to go to sleep. So, I tried as hard as I could to not tic but as always, it came out whether or not I wanted it to. He thought I was being defiant so he said if I made another sound, I would not be able to go swimming. At this point, I was in so much pain. I was nearly in tears from him reprimanding me and my chest and back were hurting from not ticking. So, for the next twenty minutes I buried my head under my pillow and blankets and prayed that I wouldn’t be heard.

I learned from this experience how uninformed many people are. He wasn’t trying to hurt me, he was just keeping the rules that he was told to keep. I never wanted to feel like this again. So, at the beginning of every school year-with the permission from my teachers- I would stand up in front of the class and tell the kids that I have Tourette’s. I would go on to tell them that if I winked at them or made sounds that this was the reason. –To this day, I have a winking tic that confuses many girls. 😉 — From that day on no kid ever gave me strife, but adults would be the ones that wouldn’t be as understanding. I was never angry because I knew they weren’t trying to be mean, they were just uniformed. Having Tourette’s has made me a much more compassionate and gracious individual and for that opportunity I am thankful.