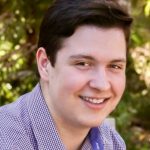 Over the last few years, life hasn’t been normal. Although we face challenges, it is the toughest that make us who we are. Medical challenges have been most common and have tested me mentally and physically. These challenges have made me stronger. It is because of this, I feel a source of pride. They have made me who I am today and what I present as I take my next step in education.

Since I was in 2nd grade, I have been met with a challenge that many kids have not had to face, Tourette Syndrome. Patients with this syndrome have a harder time processing certain chemicals in the brain, resulting in a tic. Early on, the challenge never impacted my life much. It was something I dealt with.  As life progressed, it became harder for me come to terms with.

In middle school, education was tough. It was hard not being like the other kids. During high school, the stress became more intense and the tics became stronger.  I would often miss school for an extended time. When sophomore year began, things again got rough. I began experiencing tics that left me with stroke like symptoms. Late nights in the hospital and days at doctors’ offices were all I would see for quite some time. Junior year came along, my tics grew stronger and my absences more frequent.   As tragic as this sounds, there is a brighter side.

Although I have struggled, and still do, I have managed to obtain A’s and B’s in my AICE Cambridge courses as well as a 4.95 weighted GPA. Due to my academic success and Leadership skills, I was selected to join the National Honor Society and became Executive Officer of my JROTC Company. My success didn’t just stop in the classroom, it carries with me into my travel hockey career with the Junior Everblades where I played against some of the top talent in the state of Florida and the country. Even with the hardship that comes with Tourette’s, I am able to stay motivated in the classroom and on the ice. To me, that’s a sense of pride I hold very dear to myself.

Some say a challenge like this may be difficult to deal with and will impact what you become. Personally, I disagree with this statement. With hard work and the proper mindset, it is possible to overcome any obstacles that we face in our lives. Even when times became tough and the odds were stacked, I found a way to persevere and not let my illness define me. It is this mental mindset and drive that have made me into what I am today, not my illness. Even if a day is rough, I remember what I was able to overcome and this helps change my attitude for the better. By continuing this positive mindset, I know that this will not impact my future as Meteorologist.