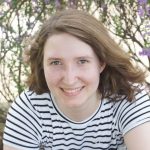 I never imagined the number of apologies I would find myself giving when I walked into the first day of my junior year. In the weeks before, small involuntary jerks that for years before I had brushed off as mere shivers began to become more and more frequent and intense. I would not receive my diagnosis of chronic motor tic disorder for nearly six months—thousands of tics and almost as many apologies and attempted explanations later. Chronic motor tic disorder has made my life more challenging at times, but it has not kept me from living a full life.

The first time I remember someone else noticing one of my tics was in my sophomore year sitting in the lab in anatomy and physiology. A sudden jerk of my arm through the eraser I was holding at the wall, and my friend sitting next to me asked why I had thrown it. I shrugged and just said that sometimes things like that happened. A year later, I found myself explaining that almost every day. I would hit students next to me, throw anything in my hands, bang my arm repeatedly into desks and doorframes, stomp, kick, and much more. Every new person I met was another to whom I had to explain that I did none of it on purpose. Invariably it brought up questions, and even when people understood, I felt the need to apologize each time I slapped my friend on the arm or kicked a student sitting across from me.

One of the clearest memories I have of someone else responding to my tics, however, comes not from a time I had to apologize or explain in detail, but from a time I was shown kindness beyond measure. After a particularly bad class period of tics, a student whom I knew but not well approached me in the hall and asked me if I was okay—not in an accusatory fashion or in hostility, but with genuine concern. I gave him the brief explanation of my tics, and he nodded understandingly and let me know he had said a prayer for me. He had seen the distress my tics caused and, rather than bring it up in front of a group (as many others did), he talked to me individually and showed he cared.

My tics have interfered in school and work and church and life, but they have allowed me to see the good in others and the perseverance within myself. I have learned that, though I still often apologize for the pain my tics cause others at times, I do not have to apologize for being who I am or for the struggles I face. I have learned to explain myself without becoming defensive. I have learned that, though I have chronic motor tic disorder, I am a whole person and that is just one part of me—and it is a part of me that makes me who I am.