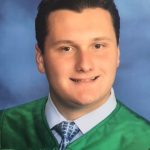 “You know, outside the circus, most people were afraid of me. But I didn’t hate them. I pitied them. Do you know why? Because most people will never know anything beyond what they see with their own two eyes.” This quote from the character Nightcrawler in the second X-Men film, means a lot to me, because like the characters in the X-Men comic books, I myself am a mutant. No, I don’t have superpowers or a cool costume, but I do have a mutation. My mutation is a neurodevelopmental disorder called Tourette. And like the mutants of Marvel Comics fame, people with Tourette are often seen as freaks, outcasts, and strange. And they are often bullied and harassed like the mutants. Luckily, I have not been a victim of bullying the way most others have, but I have had my fair share of weird looks, people talking about me right next to me, and hearing small giggles in the classroom. But I’m not one to sit by and let things even worse than this happen to kids like me.

This passion led me to begin my life of advocacy. When I was 12 years old, I went to Washington DC and trained to become a Youth Ambassador for the Tourette Association of America. I sat with current Youth Ambassadors and learned how to present to a classroom, and how to educate others on Tourette. After my trip to Capitol Hill to speak to my local congresswoman about funding for research on a cure, and giving a speech to several members of Congress, I was ready to start presenting to classrooms full of kids who knew Tourette only as “the cursing disease.” Along with my fellow Youth Ambassadors, I taught kids that Tourette is more than just coprolalia (the cursing disease), which is something only less than 10 percent of kids with Tourette have, but that it is a mix of involuntary motor and vocal tics, and that it does not hold anyone back from accomplishing their goals. My goal as a Youth Ambassador is to spread awareness and to show to kids with Tourette that they are not alone. But this experience has been much more than just raising awareness. It is important to show that just because you are different, you are not limited in your options and you can do anything you put your mind to.

My parents taught me this lesson my entire life, and I use that lesson in everything I do. This gave me confidence and helped me when I was presenting to entire classrooms full of kids, because I knew exactly what to tell them. I knew to pass my parents’ lesson on to them so they knew that they did not have to be held back by their Tourette. I hated the thought of people thinking any less of us, and that’s why I do this. Of course it’s about preventing bullying and raising awareness but it is also about proving to the rest of the world that we can accomplish wonders. Going through school can be hard enough as it is for everyone, especially when you have something like Tourette. So as much as what I do helps the others around me, it helps me too.

There are so many ways that people can shape who they are, and I chose Tourette to define me. I chose it to define me as a strong, resilient, hardworking, and caring person. This quote from Tyrion Lannister, a character in Game of Thrones, perfectly shows how anyone should deal with their differences, “Never forget what you are, the rest of the world will not. Wear it like armor and it can never be used to hurt you.” Because if you embrace who you truly are, you will be unstoppable.