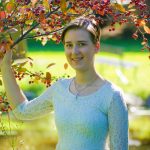 7th grade was the first time I ever felt a tic. I couldn’t tell you what it was; maybe a head jerk a grunt or an arm fling. The thing I remember most is just that something was very wrong. I was terrified that it was my fault. I was embarrassed and I didn’t have any idea what was wrong with me. I spent a long time waiting for it to go away and not talking to anyone about it, but instead of getting better it got worse.

The only way I can describe the feeling is like the distracting, assaulting tickle of a powerful sneeze. You know it’s coming and it’s all you can think about. It’s painful and scary. Sometimes I would tic and it would hurt physically. Sometimes I would tic and it would hurt emotionally. Most people don’t know they hurt me when they look at me quizzically and ask me what that just was. The biggest relationship of all that was affected was my younger sister. She didn’t understand at the time that when I screamed at her and yell “Stop” and “No”, that it wasn’t because I hated her. Still today our relationship is strained and I really miss her.

The tics themselves took so much of my time and energy. However on top of that were the doctors appointments. The closest child neurologist, the one my physician referred me to, was more than an hour drive away. With those appointments I got put on a medication that brought out an underlying heart problem, and then there were the cardiologist appointments in and out of town. There was therapy, there were trials. I missed days and days of school. Tourettes has been a constant force working against my success since the first tic in seventh grade, though I would never admit that out loud. Tourettes is a part of me, but I’ve worked so hard to not let it control me.

I have done everything I wanted to do and done it regardless of my diagnosis. I have a 4.0, I am the drum major of my marching band, I am a girl scout and a figure skater. College will be no different. I want to go to school for music education and eventually teach others the skills that have lead me to succeed. I don’t have a lot of resources available to me to pay for school currently, and a scholarship like this one would really make a difference in my ability to not only become successful but then help others become successful too.