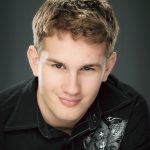 Words spoken to me so many times that I started to get used to it.

My sophomore year of high school was inarguably the hardest year of my life, socially. I was trying to forge friendships with so many people, but kept running into walls that I could not climb. Regardless, I continued to attempt to be part of certain friend groups. Those people were mean in response, saying hurtful things and taking my belongings out of my backpack to upset me. Part of me did not even notice they were being mean, and the other part of me hoped by continuing to try, I could change their minds.

I have always struggled socially. When I was young, I was diagnosed with Tourette’s. My throat hurt because I constantly made loud coughing noises that sounded like barking. I lay awake at night because I could not stop grinding my teeth. Kids made fun of me, following me around and imitating me by coughing loudly, but (at the time) I had no idea what was going on. One of the effects of Tourette’s is poor social cue recognition. It is hard for me to tell when people start to get angry; if I am doing something annoying or upsetting to someone, I might not notice until it is too late and they are furious. That has always been, and still is, a struggle for me.

Despite this, in my junior year, I started to change; I realized that the way I was doing things, socially, was not working. I stopped needing to be good friends with everybody. Although I am extremely forgiving and would be friends with almost anyone who offered their friendship to me, I put forth less effort to be friends with anyone unkind. Instead of looking for people to be my friend, I began to look for ways I could be a friend to people who valued me for who I am. Recognizing positive social cues in others has also been difficult for me; however, I have become better at determining when someone reaches out to be a friend and would be a healthy one.

I also have OCD and ADHD. These three disorders have presented me with many social and academic obstacles. But I have been able to make it through the toughest parts of my life because I am forgiving, both to myself and to others, I am not afraid to advocate for myself and ask for help when I need it, and my competitive nature reminds me to never give up. I believe I deserve this scholarship because I have worked hard to succeed in spite of my struggles. I volunteer at my church, led wrestling practice as this year’s varsity captain, and continue to maintain above a 4.0 GPA. I believe I can be a positive example of hope to those who struggle with Tourette’s and other co occurring conditions.

So, no. I won’t be killing myself.