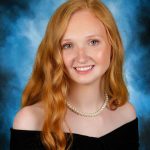 I have always been extremely involved, whether that be in school, at church, in the community, or at home. I started playing piano at a young age, followed by the guitar. I dabbled in the game of tennis and worked hard in school. When people look at me, I hope that they see my accomplishments. I want to be known for my eagerness to work hard and willingness to never give up. Sometimes, however,  those things are overlooked and I become the girl who has Tourette’s Syndrome.

In elementary school, I started to develop tics. I would blink uncontrollably, twitch my nose, and wiggle my fingers- the latter of which caused playing both guitar and piano to be extremely difficult. I remember my piano teacher’s apparent frustration when my fingers would detach from the keys and wiggle as if they had a mind of their own, and my own frustration as she didn’t understand my struggles.

It is hard to explain something you don’t quite understand yourself. Every person with Tourette’s knows the struggle of having to explain yourself, to apologize for the unprecedented sounds and movements made. I learned to ignore the pitying questions of  “Why do you blink so much?” or “Can you just be quiet?”.

I learned of a famous Christian singer by the name of Jamie Grace in middle school. She was known for singing popular songs on the radio and for having Tourette’s Syndrome. I fell in love with her music, passion, and strength. I was even given an opportunity to attend a concert put on by her and her sister, Morgan Harper Nichols. There, I had the privilege of meeting Jamie and hearing her tales of Tourette’s. Her signature still hangs in my room, with words of encouragement that say, “Don’t stop fighting.”

My Tourette’s Syndrome has lessened over the years, as I have observed fewer and less frequent tics. Of course there are days where I get frustrated, unable to grasp why I was born with such troubles, but I have come to terms with the fact that it will always be a part of me. I have learned to live with my Tourette’s Syndrome and not be ashamed.

I now play the piano at my church, where hundreds of people attend every Sunday. I am about to graduate high school with excellent grades and attend my dream school in the fall.  I played on my high school’s tennis team, and have worked a job at a retail store for months. I serve in the community regularly and have a great group of friends that encourage me. My diagnosis of Tourette’s Syndrome did not interfere with my success and I will never let it.  As mentioned earlier, I do not want to be known as the girl with tics. No one should be known for their weaknesses or differences, for something that they are not able to control. I prefer to be known as the confident, hard-working, caring young woman that I am.