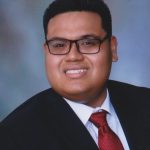 The worst thing that ever happened in my life was back in February 2011 when I was 13 years old and diagnosed with Tourette’s Syndrome, a neurological disorder characterized by involuntary movements and noises called tics. I was also diagnosed with Obsessive-Compulsive Disorder (OCD), another neurological disorder consisting of unwanted thoughts, feelings, and behaviors to achieve something in a certain manner. I was devastated about this but was not surprised because I knew what Tourette’s was and had some tics and obsessions a few months before my diagnosis.

I sadly spent my adolescent and teenage years growing up with Tourette’s and OCD, which were hard to deal with especially during the beginning since my middle school classmates made fun of my tics and teased me. They questioned me about my tics as I was failing middle school at that time, in which I barely graduated because of my conditions. It is still painful to remember the suffering I endured because of my Tourette’s and OCD: clearing my throat, jerking my head back and forth, coughing, shaking and sweating a lot, becoming a germaphobe, washing my hands, and organizing my thoughts in a certain way. It was tough to take my medications every day and hold my tics in public. Because of my disorders and everything it caused, the 2010s was the toughest decade of my life.

However, having Tourette’s and OCD has brought upon good things, in which I went to a specialized high school where my grades improved and I became more social. I even became more open about myself and my Tourette’s as the years went by, in which I told my friends and family about my disorders and they understood me without questioning me. I remember one occasion back in my senior year of high school when I wrote a poem for my English class about my Tourette’s and I read it out loud in front of hundreds of people one night during my high school’s talent show. I am glad I did this because many people were touched by my poem and some people cried. Ever since that night, I opened myself up more and I wrote a short autobiography back in college about my life with Tourette’s.

My Tourette’s helped me become a stronger and more mature person, in which I learned to deal with tough situations in life and I persevered in high school and college, where I earned high grades and met my true friends during college. I am thankful for having Tourette’s and OCD because of the exemplary person I am today so that other people with Tourette’s can succeed in life just like I did. Tourette’s does not make me any different from others: I can still count with my fingers, I can still drive a car, and I can still ride a bike. I consider myself a “normal person” no matter what I have. I have Tourette’s but Tourette’s doesn’t have me.