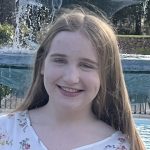 When I was first diagnosed with Tourette’s Syndrome at the age of seventeen, I was unsure of what to expect for the future. Although I had previously heard of this condition, the thought of me actually having it had never even crossed my mind. However, as I began to look back on my life, my diagnosis started to make more sense to myself and my family.

There was a period of time when I was around the age of seven that I began to develop a motor tic where I would clench my fists and make a sort of exaggerated smile. I felt embarrassed when I would feel the need to perform this tic, as I knew that other people were watching me. My parents were confused, for they had never seen me do anything like that before. Nevertheless, as time went on, this motor tic faded and ceased to affect me. Over the next ten years, there was no other real indication that I could possibly have Tourette’s Syndrome, in which I did not develop any obvious tics. However, during the COVID-19 pandemic, my symptoms began to flare up again. I started having verbal tics, which placed an immense amount of burden on both myself and my immediate family. I was distressed, as I did not have any control over these tics, causing me to feel quite helpless. Nonetheless, through the use of medication, my symptoms have subsided drastically.

One particular moment that was meaningful to me post diagnosis was when my father and I were having a discussion about Tourette’s Syndrome. He told me that I would be able to do anything I wanted in life with this condition, in which it should not have any real power over me. What he said to me meant a lot, as I had always thought of my diagnosis as being something that would prevent me from having a normal life. Furthemore, I began to realize the depth of the truth of what he had told me, allowing me to gain more confidence in myself as an individual with Tourette’s Syndrome. As time has passed on, I have been able to reflect on my Tourette’s diagnosis, in which I have realized how much I have grown as an individual as a result. I have become more understanding of neurological disorders, allowing me to be empathetic of those battling similar conditions as the one I have. Although my Tourette’s Syndrome diagnosis has come with its challenges, I have learned to embrace it as something that can help me to be more understanding of others.