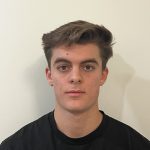 I was diagnosed with Tourette’s Syndrome on November 23rd, 2010 at the age of eight years old. I had already been experiencing symptoms of Tourette’s for around three years prior, however this was the first time me and my family had gone to see a neurologist to consult us on whether or not I actually had the syndrome. Growing up with Tourette’s was very challenging, and for a long time I was highly self-conscious about having the condition. For this reason, I did not tell anyone besides my family and very close friends about it for a long period of time. This unfortunately made it harder for me, because many of my peers and friends would notice my tics and call them out, but I would just attempt to play them off without actually telling them about my condition.

Although my tics were relatively mild compared to some other people with Tourette’s, they played and still play a big role in my life and my personal identity. Tics are an ongoing and constant thing everyday, and dealing with them can often be tiring. Some days are easier than others, and sometimes certain activities will either help to calm my tics or make them worse. For example, when I am playing soccer or exercising, I notice that the frequency of my tics decreases a very significant amount, sometimes to the extent of not even occurring at all. In contrast, if I am in a stressful situation or in a bad mood overall, I notice that my tics increase. I know that I will have Tourette’s for the rest of my life, however the comforting thing is that they only get easier with time, and the longer I have tics the longer I will be used to them and the ways to manage them.

One memorable experience would be a time in high school when I found out that one of my friends and soccer teammates also had Tourette’s Syndrome. I had been playing club and school soccer with this teammate since I was relatively young, but until this moment I had never known that he also dealt with Tourette’s. We were sitting in the bleachers before one of our away soccer games, and somehow the topic of Tourette’s came up, and my teammate expressed that he had the condition. I then chimed in and said how I also have Tourette’s, and we then talked about how it affects us with our other teammates. We were both happy and relieved to now know someone close to us who struggled from the same condition, and this was a very meaningful moment in my time growing up with Tourette’s.