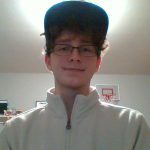 Life for me has been not super difficult, but still a little annoying with Tourette Syndrome. Having Tourette Syndrome is a never ending cycle of wondering when I will have another tic and I wonder if people will get annoyed with it. They might get annoyed especially with the audible tics. I have already noticed that people do, in fact, get annoyed. I noticed one person especially would always put their hand over their ear when an audible tic happens. I have learned to cope with it and the fact that not everyone can handle being around a person with Tourette Syndrome.

At this point I have learned to just ignore it and to not fight my tics, because if I do it will only come back twice as worse. I see tics as a really bad itch in your arm. The itch appears and you can always give in to the feeling and itch your arm. In this case, you do not want to itch your arm, because that would annoy people. You ignore it and the itch goes away after a little bit. All of a sudden, the itch is back and it feels so much worse. It doesn’t matter how long you can put up with the itch, you will always give in. That is how I see Tourette Syndrome.

One meaningful and memorable occasion for me would have to be all the times I would go with my family to the Tourette’s walk (an event used to spread awareness about Tourette Syndrome). I would always go with my best friend and we would just casually walk the 5k and have a good time. Once we got back there would be so many different games and booths we could go to and over all I love this memory. It reminds me of the good that can come out of a neurological disorder. It can create new memories, connections and you can inform other people about this thing that people really do struggle with.