BOCA RATON, FL – The Kelsey B. Diamantis TS Scholarship Family Foundation, Inc., dba Dollars 4 Tic Scholars, a non-profit organization established in 2014 in Boca Raton, has just announced the recipients of its 2015 Tourette Syndrome Scholarships. Dollars 4 Tic Scholars awards college scholarships to students around the U.S. who live with the challenges of Tourette Syndrome. It is one of the first non-profit scholarship organizations for students with Tourette, and this is its first award year.

The scholarships and recipients include: 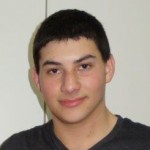 The Dollars 4 Tic Scholars scholarship program received 21 scholarship applications from students around the country in response to its inaugural offering. President Diane Diamantis noted, “Our Selection Committee was amazed by the quality of our applicants. Regardless of the focus and learning challenges that Tourette Syndrome has handed them, these students have achieved academic success and been active in their communities. One of the most encouraging parts of the process was getting to know the students through the videos they provided. Hearing the excitement they have about their futures just makes us more committed to supporting them financially to help them achieve their goals and dreams.”