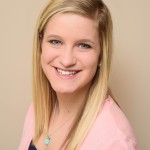 When I was eight years old I began having the urge to scrunch my nose. My parents told me to stop because they just thought it was a bad habit. This was until my nose scrunching was followed by eye blinking, neck, and jaw stretching. I was so embarrassed. I did not know why my body needed to move. It felt like a sneeze, if I held my tics in they would only come out more powerful later. At that age, kids begin to bully each other. I was called “twitch” and “spaz”. People would laugh at me and stare at me. I was so mad at myself. I wondered why I couldn’t just be “normal”.

I can remember finally being diagnosed with Tourette syndrome and feeling a wave of relief wash over me. I now knew why I was different, there was finally a reason for everything. I was ready to embrace my new diagnosis. The first time I told somebody I had Tourette Syndrome they looked at me dead in the face and said “No you don’t? That is a swearing disease”. I couldn’t believe my ears. After I was diagnosed I did research and I knew that 10% of people with Tourette’s have coprolalia. I did not really know that people associated Tourette’s with swearing until after I was diagnosed.  I continued to get more statements like that.

“You’re so lucky, you can swear whenever you want and not get in trouble!”

“You look so normal though?”

I was so confused how someone could turn a neurological condition into a joke; But they did. Even my closest friends would make fun of it and tell me to “lighten up, it is just a joke”.

I was privileged to talk to my Tourette Syndrome idol on the phone Marc Elliot and he asked me one simple question that changed my life. “If you could, would you take away your Tourette’s?”. I thought about this for a second because up to that point, nobody had asked me that question before. I finally realized my answer. No. I would not take it away. Tourette’s has made me the person I am today. I am more understanding because of it. I am more compassionate because I know what it is like to struggle. I am driven to change the way people see Tourette’s whether it is one person or one room at a time. I turn those ignorant statements into learning experiences for me and teaching experiences for them. I am glad I have Tourette Syndrome. It make me different!