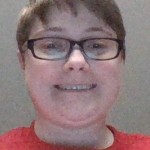 Life with Tourette Syndrome has been a roller coaster. I have only been diagnosed for almost two years and already I have been through so many ups and downs. However, I have learned many things through my Tourette’s. The most important things that I have learned is that it is ok to be different, how to persevere, and who my true friends are. I have met so many wonderful people through my tics as well. For example, I give Tourette Syndrome speeches to educate the general public about Tourette’s and I was invited to give my speech at the South Carolina Mental Health Commission meeting. It was my first time speaking to people that were more than just students, and I learned that anyone can make a difference with a few spoken words, and maybe a tic or two. I met many of the commissioners, as well as a nice gentleman named Lloyd. He had schizophrenia, but he was very much so like anyone else. He opened my eyes to the complexity of mental disorders and showed me that anyone can be “normal”, even with a disability. This, for me, was a huge breakthrough. I was able to accept my Tourette’s more after that. On top of this event, I have given more than fifteen speeches total, including speeches at my school, local high schools other than mine, a local church group, and the Hartsville, South Carolina, Rotary Club. Each time, I have met many wonderful people, including some other ticcers. Before my Tourette’s, I could barely stand up in front of a crowd of my classmates. Now, because of my tics, I have learned how to deal with public attention, and I am able to give speeches and speak publically. This is just another side-effect of Tourette’s that makes me grateful for my tics. In addition to all of these benefits, I have made some amazing friends that I would never have met if I did not have tics. One of the best experiences I have ever had was my participation in Camp Twitch and Shout, a one-week camp for children with Tourette Syndrome. It was the best week ever! I met many people and learned tons of things about Tourette’s. This camp inspired me to do the speeches that I do. And some of the friends that I met there have been the greatest support system that I could ever ask for. They have helped me through the ups and the downs. I am thankful every day for their friendship. The way I look at my Tourette’s now, as I didn’t always see it this way, is as a blessing. With it, I have learned many things, I have done many things, and I am a better person. I will forever be thankful for all that I have received, even though the tics do sometimes cause me problems.