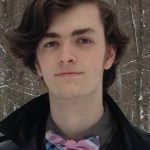 I have never had any real desire to be miraculously cured or for my symptoms to even be controlled. Admittedly, I do sometimes become upset when I have to drop whatever is I happen to be carrying to twist my fingers about, or when I lose a video game due to removing my hands from the keyboard to contort them briefly, or even those few uncomfortable moments when I need to lift my foot from the gas or brake pedals to rotate my ankles. But all these minor inconveniences are just that- inconveniences- when compared with the misfortune that has befallen others with symptoms of greater severity with which my condition is often associated.

It pains me to see how people perceive Tourette’s in common society thanks to the insensitive mockery of “comedy” shows that exaggerate and generalize its symptoms. My condition is usually portrayed only as loud swearing and otherwise vulgarity, which is harmful not only to those who don’t suffer from such symptoms, but also to those who do. People like me- people who live with only a minor annoyance rather than a true disability- are walking proof that Tourette’s is far more than that. I honestly cannot recall how many times I’ve had to explain to people that Tourette’s Syndrome is not “the swearing thing.”

The slight grunting sounds I can easily control are dwarfed in comparison to shouting vulgarities or unintelligible noises, and the slight twitch in my neck cannot even be compared to the violent thrashings that I know send some of us to the hospital due to the damage they inflict. It’s true that nothing of enormous significance has occurred because of my condition, but the one thing of which I am reminded with every twitch and jerk is that I am incredibly lucky. The knowledge of how minor my tics are is almost a comfort or sometimes a somewhat somber reminder, like a scar from an injury that could have killed me or the act of turning up the thermostat that causes me to remember that some have it far worse than I.

So there is nothing in my own personal experience to which I can assign true significance. But I have the constant knowledge that there are more like me, that many of us suffer, and that my own situation could enable me to work towards the betterment of others.