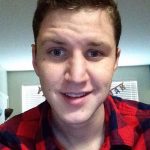 Living with Tourette Syndrome has always given me a way to connect with and educate people around me. Growing up, I was always a social person. When my Tourette’s started to appear visually and audibly, I didn’t understand what was happening. I simply told my peers that “I can’t help it.” The day after I was diagnosed in 5th grade, I asked my teacher if I could stand up in front of the class and quickly talk to the class about why I did the things I did. Luckily my peers never made a big deal out of my tics, before or after diagnosis, which made growing up with a disorder slightly less stressful than some people. Fast forward to being a counselor at a summer camp. At the beginning of every week I would explain to my cabin that sometimes I make noises and funny faces. I explained that my faces aren’t to be rude and that if they hear the noises at night that “it’s not an animal outside, it’s just me ticking.” I believe this was good for the kids for a few reasons. It showed that it’s okay to be “different”. It made some kids feel more comfortable talking to me about personal issues. It also exposed some of the kids to a person with a disability and could see that there’s no reason to be scared, or think they’re “weird”, especially with the position of me being a role model.

Moving to college has given me the opportunity to get out of my small school, and meet so many new people who don’t know me or my disability. I got to connect with people from different backgrounds and exchange experiences. This allowed me to educate and expose more people to the world of Tourette’s.

Of all the experiences I’ve had, the most meaningful came from my job with The Arc which is an agency that assists individuals with developmental disabilities. My mother has worked with the agency since I was young. I have always been exposed to people with disabilities which is where my passion for assisting people and making lives better has stemmed from. One of the individuals I worked with was a 10 year old boy who had autism and Tourette Syndrome. He was often bullied at school for his tics due to the fact that the motor tics were very pronounced in his arms and very visible. As I was diagnosed when I was 10, it allowed me to connect with him to show that he isn’t “weird” and that he isn’t alone. I became an outlet for his stress from school. His grandmother told me multiple times that he doesn’t like to talk about his tics but he felt very comfortable with me. Knowing this, I would openly discuss anything he wanted, and I would bring attention to my tics and joke about them, which he would then see that Tourette Syndrome isn’t anything to be ashamed of.