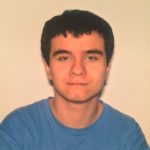 I have been diagnosed with Tourette’s syndrome since I was in the fourth grade. That is a long time ago considering I am now a twelfth grade senior in high school, about to be off to college. With time however I have seen my Tourette’s reach both positive and negative heights.

In the beginning you see, perhaps for those first five years from fourth to eighth grade I had a rough time. I did and still do take a medicine called Intuniv that works with my mind to help me control my ticks. Such as when I hit high school and they were almost gone. I only had minor little outbursts at school or when going to see a movie. However, with a solution like that there will always be issues as well. I focused so much attention onto not allowing my Tourette’s to take over that I would lose focus in class, and I somewhat still do. So this means that what makes me unique is the amount of concentration and effort I must put in to get good grades that another student without Tourette’s may not have an issue achieving. With this being said I value the lessons of patience and commitment that having Tourette’s has taught me. It has helped me control my feelings dealing with divorced parents and the major rift that has caused in my life ever since I was very little not to mention how the experience has helped with my school life and etiquette which now leads me to why I am typing this to you today.

One memorable time was around April of last year actually, when I was gearing up for the ACT test. My Tourette’s had made it hard to pay attention in the practice ACT class I had been attending and I was certain of failure. However, when I sat down in fear, ready to take the test, I actually remembered much more than I thought I retained in class. I ended up getting a score of twenty four on the ACT which is not half bad! This experience taught me that perhaps my Tourette’s does not have as much of a hold on me as I originally thought.