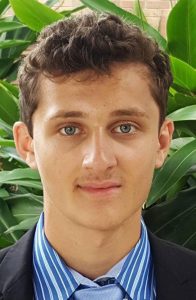 Growing up with Tourette’s Syndrome has been quite an interesting affair because it has never existed on its own. I have ADHD and OCD and was diagnosed in that order with big time gaps existing between. The first real memory I have of expressing any tics goes all the way back to when I was 7 years old and in second grade. I was in the back of my mom’s beige minivan, Chris, a close friend of ours, was seated in the center, and my mom was driving. I kept raising the pitch of my voice until i reached the highest pitch I could produce and then paused and pushed really hard to exert a sort of pressure against my vocal chords on the word at which I’d reached my limit.

What I recall most about this experience is that my mom and friend kept telling me to stop as if it were a volitional thing. I insisted that I continue because, as I claimed, “I like(d) it.” This, along with the aforementioned fact that I also have ADHD/OCD, sort of sets up the blueprint for how my TS was looked at by my parents and friends for the next 9 or so years. I was a hyper kid with lots of bizarre idiosyncrasies growing up, and so my mom and dad attributed my tic-ish behavior to that. My peers and classmates would ask why I was making this or that noise or moving my head in this or that way, and usually I’d come up with some contextually specific excuse that satisfied the particular tic I was having. Some memorable ones are, “I’m laughing… clearing my throat… I have a headache.” It was always assumed that I was either “just being me” (ADHD) or that I was making a decision to tic for no compelling reason. I was really self conscious for this and other “ADHD reasons,” very lonely almost always, and by the time I was 11 years old, even after finally being medicated, I had developed a severe anxiety and moderate depression problem that eventually manifested in OCD. I have, as I often say, enough sad stories from the period of my life spanning from Kindergarten to11th grade to write a great American novel, so I’ll save them for that.

As I grew and became stronger in my junior year of high school, my tics became more and more apparent with the stress that accompanied my newly invigorated focus on school / band and enrollment in academic decathlon. I recall talking to my mom about my studying schematic for the upcoming state decathlon competition and not being able to get more than three words out without ticcing like a madman. People noticed, and I noticed them back. As a result of this, myself took some rather definitive damage, and I quite predictably withdrew further into myself than ever before. What is remarkable about this whole thing is that it serves as another gleaming example of how within the depths of darkness, light, however grand or minuscule, can always be found. That light shined its way into my life at age 16 when I discovered that, rather remarkably, being in my (now former) girlfriend’s presence caused the tics to miraculously vanish from my behavior in the same fashion that deep, sonorous sleep rushes away from man and woman at the sound of their newborn’s midnight cry.

This phenomenon, which has never happened again, unveiled an avenue of further closeness and appreciation for us to navigate. I will never forget her for her ability to bring me that kind of internal calm. Because of Tourettes, despite all of its impairments, my former girlfriend and I were able to find a uniquely intimate way of growing closer to one another, and I was able to feel truly comfortable with myself around her. This was just the start of it all; since then, I’ve discovered that, almost ironically, having TS has played a role in mending my social anxiety and diminishing the negative feelings I harbor about meeting new people. Sometimes, I tic a lot – so much that it’s near impossible to focus more on anything I’m saying than on my spasms and sounds. On a random day, I realized that closing myself off from the world wouldn’t fix the tragedy and sorrow that served as my motivation for seclusion in the first place. I thought, “if I can just tell someone up front that I am acting how I am because of my TS, and they are okay with it, then I’ve made it. I’m in, and I don’t have to small talk or feel self conscious anymore. They’ve already accepted me, and now I can begin to march to my own drum beat and sing in my own key signature. I don’t need to fear anymore.” In this way, Tourette’s has helped me get over my social angst and fear of judgement, and for that, I am grateful.

Moreover, I’ve recently discovered that when I play piano or listen to a moving piece of music, rather than laugh or cry at the impressed mood, I experience an extremely powerful chain of tics (I look like Keith Jarrett). These tics are not mechanized by the same process(es) that my non-musical ones are – whereas those necessitate exertion, tumult, and dissonance, my musical tics flow like out of my heart and express the deepest truths of my emotions. They are expression, freedom, therapy. They heal me of sorrow and bring me joy.

Tourette’s, on account of this alone, I could never live without you and wouldn’t cure myself of you if it were possible. For each unit of darkness you’ve shoved into my life, you’ve given me the opportunity to discover two units of light. It is in large part because of you that I know now how to find hope when all hope seems lost. For the final time, thank you, Tourette’s. Nec possum tecum vivere, nec sine te.