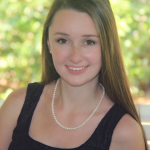 My life story began to unfold at age five; at this early age, I realized that there were many different learning styles evident among children my age. I also realized that a simple task or assignment seemed to take me longer to complete than most. A recurring memory of my elementary school years is the time I spent overlooking the playground from a classroom window. While others enjoyed recess, I stayed behind to complete assignments. Even when I was allowed to participate, I forgot what it felt like to be part of a group, and sometimes it was just easier to play alone. After speaking with my teachers, my parents decided to take me to a doctor; however, the signs were there and my father knew because he too had the same issues as a child; I was diagnosed with Tourette’s syndrome.

While growing up with Tourette’s, I exhibited various tics including sniffing, blinking, shrugging, nodding, or humming repeatedly. These tics were extremely tiring and brought unwanted attention. As I tried harder to conceal my Tourette’s, the tics only increased making academic and social situations even worse. Additionally, I was diagnosed with attention deficit disorder (A.D.D.) and obsessive compulsive disorder (O.C.D.) – disorders commonly associated with Tourette’s syndrome and are sometimes called “sister” disorders. This makes treatment extremely tricky as one medicine can counteract another causing one of the three disorders to escalate to a whole new level. So, my childhood was consumed with varied specialists, medicinal concoctions, and strategic interventions. Consequently, I felt like a bystander in my own life, helpless and defenseless to a disorder in which I had absolutely no control.

Luckily for me, through God’s grace, divine intervention interceded, and my parents found an online school that proved to be a significant turning point in my life. This was particularly meaningful; for the next seven years with the help of family, friends, and specialized teachers, I discovered how to effectively manage the challenges associated with Tourette’s syndrome, O.C.D., and A.D.D. Consequently, I developed vital attributes along the way including strength, endurance, resilience, dedication, and empathy for others. With these attributes, I discovered newfound confidence and a desire to continuously seek academic, personal, and social challenges.

Despite the obstacles associated with Tourette’s, I have found the courage to grow. In fact, obstacles, alongside economic challenges, have triggered an unyielding inner strength and determination to excel academically. This desire to excel drives me to not only achieve but to push myself to unimaginable limits. Through hard work and determination, I’ve been able to accumulate 62 hours of credit, maintain a 3.95 cumulative GPA, serve on various leadership committees, participate in volunteer work, and work two jobs. With that said, this battle has not been easy, but it is a battle that I am prepared to win. It is through the stories of others that I find comfort and inspiration to push forward in my life – thank you for allowing me to share my story.