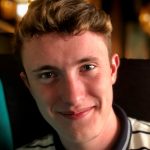 I have been asking questions my entire life – something I grew to appreciation. My teachers would give me awards at the end of the school year for being inquisitive and delving deeper into textbooks until I came to questions even they couldn’t answer. It was unsurprising in the ninth grade when I was diagnosed with Tourette’s Syndrome, then, that I was striking my parents, my teachers, my neurologist alike with what seemed like an interrogation. What I needed was a precedent. I was waiting to be told about other students in my situation – how they went to college and how I most certainly would. Yet I received no anecdotes or evidence of reassurance.

On that day when I was diagnosed, sitting in what felt like a cramped neurologist’s office in Atlanta, I remember my mother sat to my left and just started weeping. What I needed that day was a precedent – an anecdote or example of how I would be perfectly fine and successful. But my mother knew she couldn’t give me that. Can I still pursue my passion for research? She was unsure. Would I still go to college? My parents couldn’t tell me anyone they knew with Tourette who had. Can I still change the world? I saw no global leaders like myself. Even in high school, I had only one mentor who related to my condition; and when he passed away at the hands of suicide, I was only more confused.

I suppose it was around then that I decided to become the answer I needed. I became the one to keep doing research, tailoring it to involve depression for the way it has impacted my life and the Tourette’s community – and I’ve presented it to crowds quite well, tics and all. I became the one going to college so my school counselors know their future students with Tourette can. And changing the world? It is a work in progress. I started an organization at my high school to discuss all kinds of disabilities and conditions – Tourette’s, depression, schizophrenia – from students’ lived experiences. The club grew from five members my sophomore year to over 30 my senior year; we ran out of seats in the classroom. Now, at Vanderbilt? I function as a Rising Leader with the Tourette Association of America. I am presenting on the topic of resilience with Dr. Joe McGuire at this year’s Tourette Association National Conference. And when I found, once again, no precedent on campus for students to stand up for disabilities and conditions: I became that leader. As a first-year student, I started the Vanderbilt Alliance on Disability and Condition and spearheaded a multi-thousand-dollar campaign in March, Vanderbilt’s Disability Awareness Week.

I want nothing more than to be a leader on this earth, to change it for the better. Too many times in my life have I not had a precedent; in the future, I want people to know everything that they can accomplish. That, tics and all: it’s not impossible.